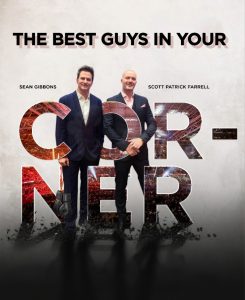 Always in your corner…

Both Farrell and Gibbons have an in-depth knowledge of the sweet science and a vast network made up of some of the sports best. GBS is dedicated to assisting professional boxers – both new and established – in taking their careers to the next level.

The client is always number one at GBS, with the main objective being to utilize their strong network and ensure clients (the boxers) reach their full potential in and out of the ring. All while taking away some of the worries that come with a growing fight career. The GBS team ensure the best representation from a dedicated agent and advisor, who acts as an integral part of the team by booking fights, negotiating contracts and presenting opportunities for the fighter to showcase their talent to the world’s best promoters.

GBS has a great working relationship and proven track record with the giants of the boxing industry such as Top Rank, PBC, Golden Boy, Manny Pacquiao Promotions and Matchroom. Representing over 50 professional fighters worldwide, GBS also works closely with the IBF, WBA, WBO and WBC to make sure our camp of talent is on the right track to success. 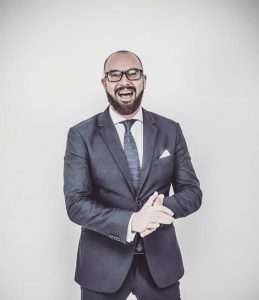 Founder of GBS, Scott Patrick Farrell is a true boxing fan at heart; fans and fighters are at the core of his inspiration. His goal is to represent and work with professional boxers who aspire to become household names in the sport. He has a great eye for spotting talent and has been a fundamental part of numerous contenders becoming world champions.

Maintaining a positive attitude in life and through his tenacity and the will to succeed Scott achieved great things and has made his dream of working in professional boxing a reality. Like regularly working with the only boxing hall of fame eight division world champion Senator Manny Pacquiao and his now business partner, world-renowned matchmaker Sean Gibbons. Together they designed, created and promoted the new global boxing promotion – Manny Pacquiao Championship Boxing, in partnership with Senator Manny Pacquiao.

Apart from managing fighters, and being their agent/advisor, Scott is the co-promoter and creator of the African based show ‘Rising Stars of Africa’ promoting five to seven shows per year to bring new exciting prospects from the continent. As the producer for the new Manny Pacquiao Championship Boxing series, his skills have taken the production of the live broadcast to a world class level. This includes broadcast deals across multiple international networks such as Box Nation, ABS-CBN, ESPN, and SKY just to name a few.

The founder and former CEO of Ringstar Asia, Scott produced five successful promotions to a global audience, and four world champions in only two and a half years. He was voted the WBC Asia Promoter of the year 2018 and built a broadcast footprint of over 500 million across Asia, Europe and America.

Now the founder of the professional boxing management company – GBS, he is focused on developing new world champions and signing them to the sports most elite promoters.

This website uses cookies to improve your experience while you navigate through the website. Out of these cookies, the cookies that are categorized as necessary are stored on your browser as they are essential for the working of basic functionalities of the website. We also use third-party cookies that help us analyze and understand how you use this website. These cookies will be stored in your browser only with your consent. You also have the option to opt-out of these cookies. But opting out of some of these cookies may have an effect on your browsing experience.
Necessary Always Enabled
Necessary cookies are absolutely essential for the website to function properly. This category only includes cookies that ensures basic functionalities and security features of the website. These cookies do not store any personal information.
Non-necessary
Any cookies that may not be particularly necessary for the website to function and is used specifically to collect user personal data via analytics, ads, other embedded contents are termed as non-necessary cookies. It is mandatory to procure user consent prior to running these cookies on your website.
SAVE & ACCEPT